Linton hires Harden to be its next head baseball coach 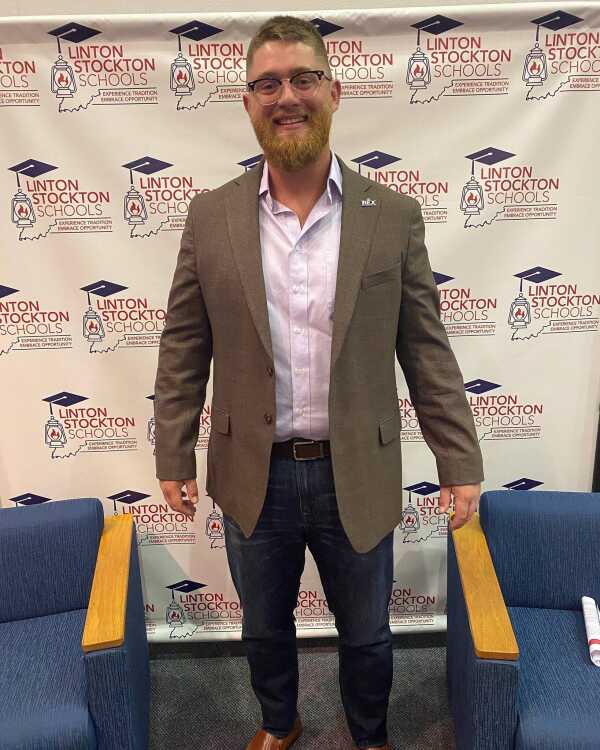 Ever since he was a teenager helping out the Clay Youth League teams, former Northview baseball standout Jacob Harden has known there were two things he wanted to accomplish in the coaching world.

The first was to be a part of a collegiate coaching staff, which he did this spring alongside long-time Rose-Hulman head coach Jeff Jenkins.

The other? Lead a program at the high school level as a head coach.

On Monday, the second of the two lifelong goals became a reality as the Linton-Stockton School Corporation approved Harden as Linton’s next head baseball coach.

“I’ve had two coaching dreams. One was to become a head coach at the college level. The other was to go to small town USA and teach and coach at the high school level. I got to coach at Rose-Hulman, and I enjoyed it. However, I knew I was meant to be in the classroom and coaching high schoolers,” said Harden.

“This job at Linton is the dream job I’ve been praying about for a long time. Linton is a great community that makes you feel at home. The administration is very caring and hard-working, and I truly feel they are in it for the right reasons. The kids there are hard workers who have worked hard for everything they’ve gotten. That’s exactly what I want on the field – a bunch of guys working their tail off. I want to spend a long time, possibly my whole career, coaching and teaching at Linton.”

Harden said he was told former Linton head coach Matt Fougerousse could be stepping down after the 2021 high school baseball season.

Upon hearing that, Harden said his attention had been caught. But with newly hired Linton athletic director Darren Clayton not officially taking over the job until the calendar flipped from June to July, there was a waiting period for interviews to take place.

“The hiring process was a roller coaster of emotion. It started for me when I heard rumor that Matt was going to be done after the season. I knew that Linton would be a great place to be, so I started reaching out to the school. But I had a unique situation. Darren Clayton, our athletic director, didn’t take over his duty until July 1. Because of that, there was nothing we could do until he officially started,” described Harden.

“Because of this, there was uncertainty because I needed to get a teaching job to go with this and I wanted to start the search within Linton as soon as I could. When I wasn’t sure if I would get the coaching job, it made it difficult for the teaching side because there is so much to gamble with when not knowing if I would be coaching as well. I am very passionate about both, but for me, they both have to go together. I don’t want to coach without teaching, and I don’t want to teach without coaching.”

Clayton interviewed a slew of candidates before determining Harden was the right man for the job.

And on July 15, the former Northview star received the phone call he had dreamed about for so many years. He had been hired to lead the Linton Miners on the baseball field as well as in the classroom as the middle school’s ‘Project Lead the Way’ teacher.

“[Linton’s] principal, Alicia Cornelius, was the one who called me. She offered me the teaching position and coaching position, and I gladly accepted,” said Harden. “I was so overwhelmed with joy that I could barely speak.

“Darren ended up calling me soon after to congratulate me. He was on vacation in Hawaii and still took the time to call and congratulate me, letting me know that he had faith and trust in me.”

Harden, who played in high school at Northview and in college at IU Southeast, Vincennes University and Indiana State University and coached at Northview, Clarksville High School, Rose-Hulman and with the Terre Haute Rex of the Prospect League, has been around plenty of coaches throughout his life on the diamond.

He said he plans to pull different tidbits from each of them as he implements his own pillars in which his program will be built on.

“I have had the fortune of having a lot of great coaches. I have also coached alongside some great ones too. There is so much to learn from each of them. They’ll be the first to tell that it is important to learn what and what not to do. Seeing things done a certain way that I may agree with, I’ll take with me. The things I saw that I didn’t agree with, I get to change it and make sure I don’t make the same mistakes that I have witnessed,” said Harden. “I would not be where I am today if it weren’t for the great coaches who helped mold me into the man I am.”

While Harden will pick and choose from the different aspects of program building the coaches he played for and worked alongside used, he said there are a few foundational principles in which he plans to instill within the Miners from Day 1.

“I want to build a tough-nosed program that plays the game the right way,” he stated. “We will sprint to our position. We will hustle every play. We will play the game with respect. I also am going to be closely working with the Linton Little League. It is important to start our high school program from the ground up. I want all of the baseball players from a young age to have a good relationship with their future head coach.

“I want our guys to love the game and love playing and practicing it. We will work hard, but I don’t want to take the fun out of it. Most importantly, I want each player I coach graduating with great GPAs. I want each player to learn more than baseball from me. These will be relationships that will last a lifetime.”

For now, though, Harden will finish out the summer in his role as the Rex assistant coach while also scouring the housing market in the Linton area for a place to live as he settles into the community he hopes to call home for many, many years.

“My first step is to find a place to live. Secondly, I am going to go around town and introduce myself to the business owners and people in restaurants. I want to have a great relationship with the town folk of Linton,” he said. “Lastly, here soon, we are going to have a meeting with the boys wanting to play so they know who I am, and we can hit the ground running.”

Once the Miners and Harden have their first face-to-face meeting, the work will begin to take place as they build what the former Knight hopes is a multi-time state championship caliber team.

“I want this to be a program that is going to dog pile at Victory Field multiple times,” said Harden.