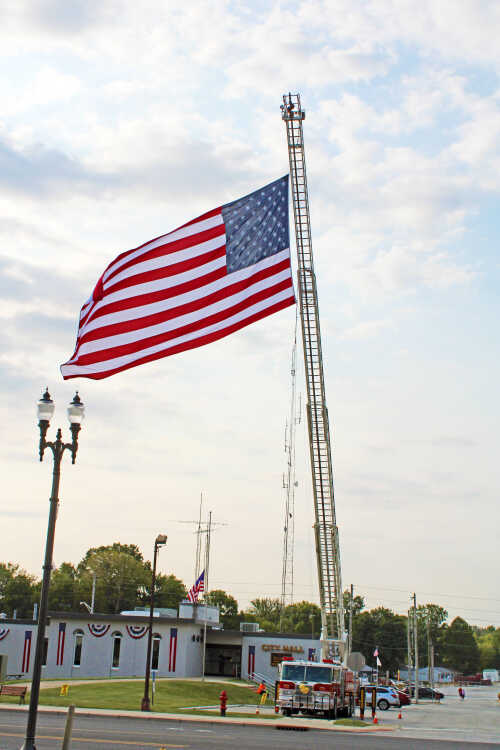 NEVER FORGET... The world forever changed on Tuesday, September 11, 2001, at 8:46 a.m., when the first plane struck the north tower at the World Trade Center.

On Saturday, in memory of the 20th anniversary, the Brazil Fire Department hoisted a large American Flag above US 40 in front of Brazil City Hall. Many residents were talking about the quiet tribute, as many people stopped their cars along the road to privately reflect for a moment on the tragic loss of 2,986 victims and more than 6,000 others who were wounded and the many first responders who ran into harm's way to help. 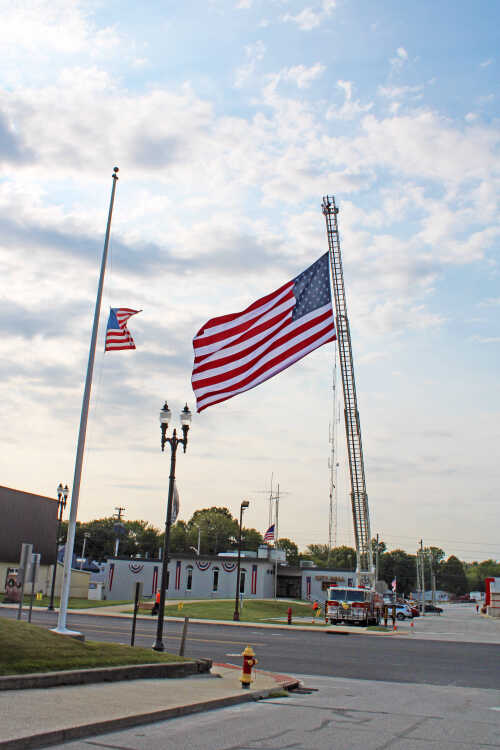 IVY JACOBS PHOTO - 2,986 victims died and more than 6,000 others were wounded on Tuesday, September 11, 2001.
Comments
View 1 comment
Note: The nature of the Internet makes it impractical for our staff to review every comment. Please note that those who post comments on this website may do so using a screen name, which may or may not reflect a website user's actual name. Readers should be careful not to assign comments to real people who may have names similar to screen names. Refrain from obscenity in your comments, and to keep discussions civil, don't say anything in a way your grandmother would be ashamed to read.
Respond to this story