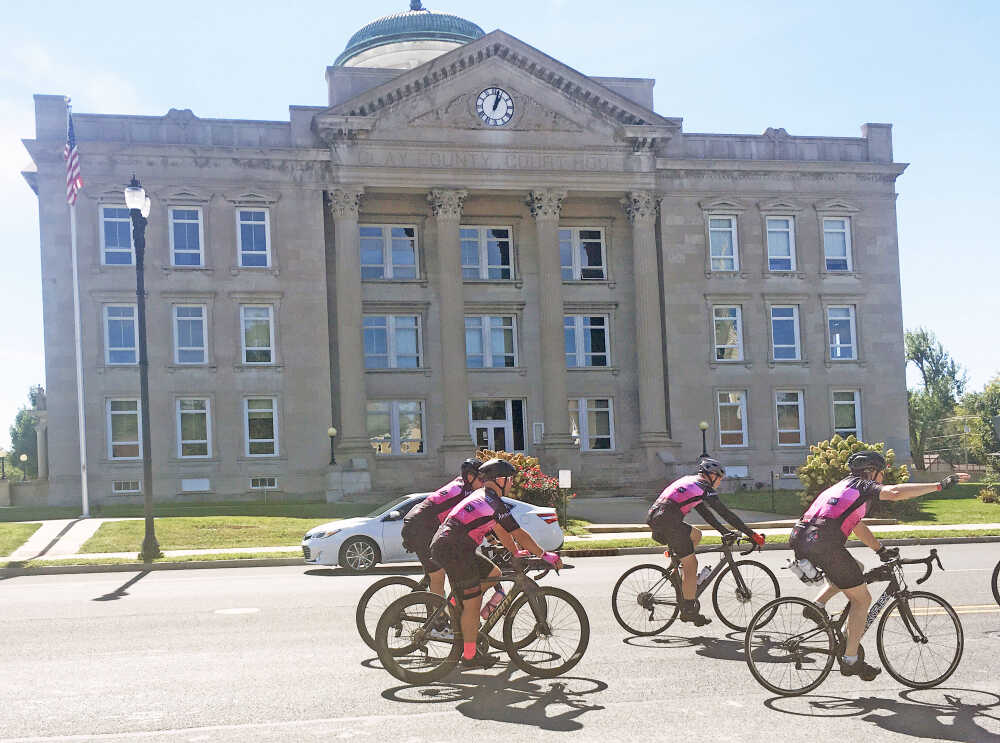 Officers from Clay County Sheriff's and Brazil Police departments joined Indiana State police to escort cyclists along US 40 from the Putnam/Clay to the Clay/Vigo county lines, where the Vigo County Sheriff's Department took over the escort into Terre Haute.

The ride for Breast Cancer Awareness started in Fishers at 8 a.m., and was joined by a group of breast cancer survivors alongside the 'Engine of Hope' - a big, pink fire truck - as they crossed the finish line at Saint Mary of the Woods College.

The approximate 6-hour ride averages a pace of 18-20MPH with four scheduled stops to refuel.

It's not a race. It's a group effort that believes, "We don't beat breast cancer alone; we do it together."