TOP STORY OF THE DAY, brought to you free by WICU: Brazil Times GM Burris retiring; Meyer ready to step in 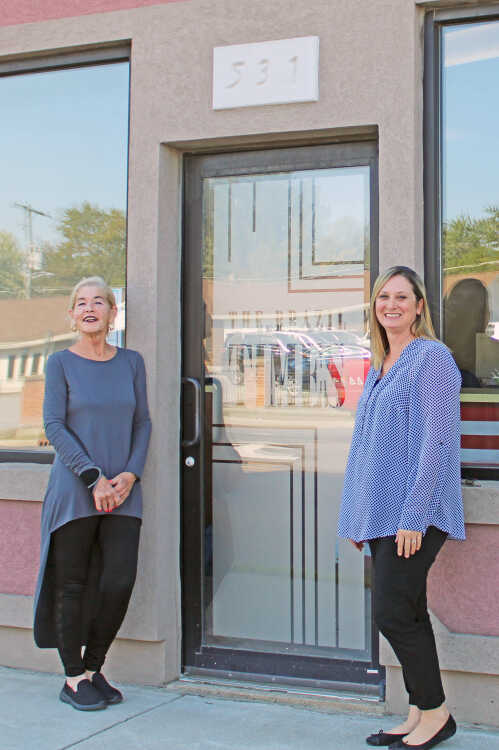 A local businesswoman is preparing to take a new journey after working for more than 50 years in the community.

Lifelong Brazil resident Jeanne Burris’s last day at The Brazil Times will be Friday, October 1. She is ready to take a new journey in life that doesn’t involve working full-time and enjoying time with her extended family.

“I’m a little nervous about this,” said Burris, who grew up in a family of eight siblings. “There are a lot of people in our community who grew up and worked at a young age. They know the meaning of hard work, dedication, and getting something in return. A lot of people will never understand that. I am grateful for growing up when I did.”

In 1969, Burris’s work career started where it is ending: She was 13 years old and a newspaper carrier for The Brazil Daily Times. She also was a babysitter in her spare time to this reporter.

“I’ve known you for almost all your life,” she said, fighting back emotions. “We both go back a long way in Clay County.”

Her first job was at Doyne Pell and Associates. Burris said they were tremendous mentors at that point in her life.

“I miss them both very dearly,” she said. “Then I went into modular housing for approximately 26 years full time, all while raising two kids.”

Burris took a short hiatus when her mother was diagnosed with breast cancer.

In her mid-50s, Burris decided to change careers and joined Rust Publishing as a marketing consultant at the Banner Graphic in Greencastle.

Transferred to The Brazil Times in 2011 as general manager, Burris has been the senior general manager over all three of Rust Publishing’s Indiana properties (also including the Greene County Daily World).

“It’s been an honor to be selected to do this,” she said. “I’ve enjoyed every moment. But, honestly, my heart has always been here.”

Burris wants to thank the community for their support over the years.

“The Brazil Times is here for them, and I’d like to let them know that we’re strong,” said Burris, who admits it can be a challenge. “But, we’re here, and I feel that we’re going to be here during the duration, even though things change every day.”

Burris said Rust Publishing is family-oriented, and the staff at The Times is a hard-working family that is community-minded.

Burris said the small-town newspaper publishing world, especially at The Brazil Times, is all about recording a community’s history.

“I think that’s why our jobs matter to us so much,” said Burris. “Being a part of this community, being able to be a part of recording its history, yes, it is important to us.”

Burris doesn’t know if that’s an age thing but admits it’s how she was brought up.

“But it’s who we are, and we take pride in that. I know the community does too. Because we eat, drink and sleep this career covering what’s happening in this community,” said Burris. “I cannot thank our employees, my colleagues, enough. I honestly can’t. I am proud to have been a part of that.”

Burris thanks her “go-to people” like Darryl Taylor, Christy Lehman, Cathy Lesko, Ivy Jacobs and Chris Pruett for taking the time to answer questions over the years.

She also wants to congratulate her replacement.

“I’ve worked with Jeanne since 2016. She is a great mentor, a great teacher. She is so compassionate,” said new Times General Manager Christina Meyer. “I’ve learned so much about this business, the paper. I have some very big shoes to feel.”

Meyer began working at The Brazil Times five years ago, having her interview with Burris.

“It was the most extended interview I had ever given as general manager. But there was something about that experience, something I saw in her. I told her then there would be room for growth. I didn’t picture that growth within five years,” said Burris, who is proud Meyer found her passion at The Times. “She loves the newspaper, and her passion and dedication come along with that. I feel very comfortable that the community is going to be in good hands.”

Meyer said Burris is an inspiration. Meyer is looking forward to helping bring community stories to light and supporting local businesses as they grow with advertising.

“Hopefully, I am half as successful as Jeanne has been,” said Meyer. “Jeanne’s a huge asset to Rust Publishing and The Brazil Times. She’s been a great mentor, a teacher, but she’s also been a great friend and a mother figure.”

Burris was humbled to tears as the two women clasped hands in support of each other. When asked about advice to others, Burris said never to stop learning something new, and everyone needs teamwork.

“Don’t be afraid to ask. Don’t be afraid to reach out to others while you are on your own personnel journey,” said Burris. “That’s what gets things done, working together and without the people: No one can get where they want to go.”

Although Burris is retiring, she admits her time in the newspaper industry is probably not entirely over.

“I’ll be reading your articles down the road. Honestly, I’ll be looking forward to them,” said Burris, who will still be active in the community and maybe even return to the paper after some time in a lesser capacity. “I strongly recommend the community come on board and support your local newspaper. It’s people who give their work ethic, family time, and lives to create a legacy to a community that does mean a lot to them.”

Burris’s journey isn’t over, but it is time to change hats again.

“My work-life rolled by quickly, faster than I expected,” she said. “I am ready. It’s time to travel. I’m going to be an older grandmother at a point in life where I can enjoy my life. As a path is out in front of me, I have seven grandkids - four bigs and three littles. I am ready to wear my ‘Mimi’ hat, and I’m looking forward to it.”

A few parting words from the publisher of The Brazil Times:

“When I interviewed Jeanne for the job as general manager/advertising manager at The Times, it didn’t take long for me to realize we had the right person for the job,” said Publisher Chris Pruett about Burris’s love for the Clay County community, and how it is a part of almost every decision she makes at the newspaper. “She strives to help local businesses be successful, and in turn, that allows The Times to be successful. She has navigated the newspaper through some challenging times and kept it a solid member of the community. It’s been enjoyable watching Jeanne work these past 10 years, and I wish her well in her retirement.”