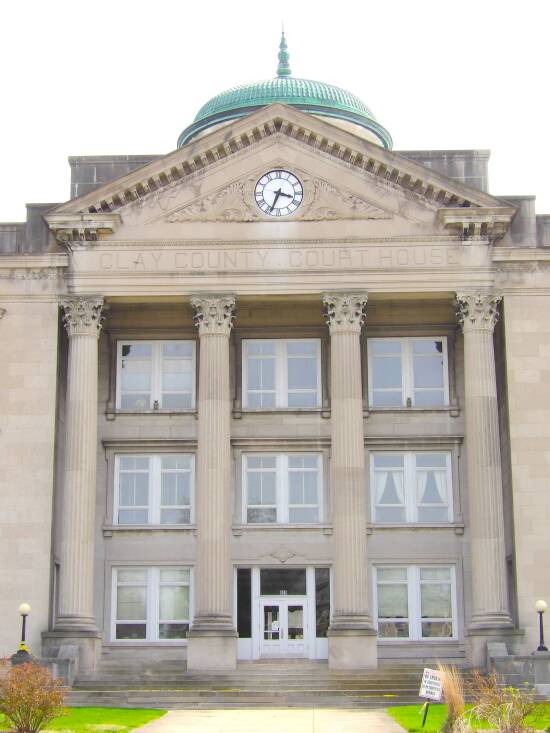 The Clay County Council met for two days, where they heard from local public officials about their budgetary needs for 2023.

At the beginning of their work sessions, Council President Larry Moss made mention that the commissioners expect more than they’re going to get.

Every department’s needs are great, thanks to inflation, but the state’s conservative approach to allocation means the pot has stayed the same size, at best, according to several county officials.

All three County Commissioners, Paul Sinders, Marty Heffner and Bryan Allender were all there too.

Budget requests varied wildly. Some departments were able to stick closely to their 2022 requests, because they have set fees to pay from very specific budget line items.

For other departments, such as highways, the skyrocketed costs of gasoline and stone leave certain line items a guessing game.

Judge Joseph D. Trout was up first after general Council business, and according to earlier comments from Moss, was looking for a 15 percent increase across the board.

Another Council member noted that some counties are considering an eight to nine percent salary increase across the board, but no one that high.

Inflation hit a four decade high back in June of 9.1 percent, meaning employees receiving that level of pay increase, in those counties, would really receive no pay rate increase at all. That is the reality countrywide, as local governments grapple with the also stark reality that employees are job-hunting and taking jobs elsewhere, to account for higher rents and mortgages, and increased fuel and food costs, before even discussing the family vacation.

So, while Trout’s numbers tie into the need for employee retention, they aren’t easily correlated to salary schedules from the state.

One case in point: the juvenile probation officer line item request was for $45,634, from a previous set salary of $38,107. Probation officer Kelsey Stearley was in attendance on the second day of meetings, for the court.

When asked by the Council, she said the schedule is for a salary of $41,021. And that is what the Council decided, tentatively, to present as their 2023 budget line item number.

Trout, the previous day, made it clear that employees have left to make more money elsewhere, due to increased costs, and he isn’t the only judge with this problem. This is in the face of a case load that “only continues to grow.”

At the same time, chairs were a big part of the discussion.

The Council is in want of new chairs in the Commissioners’ Courtroom, and the judge mentioned his own chair changes.

She had purchased a chair with her own money, which remains in her office.

He also purchased a chair, under last year’s budget, which he did not prefer, so he asked if she could use it. She said sure.

Previously, during the Council budget meeting, he made mention of that chair.

“The prosecutor took my chair, is that legal?” he said, to a laughing Council, which was not technically an accurate statement, according to Clark.

So, ultimately, it seems chairs will take a back seat to salary increases, if he can get them.

Those little items are the first expenses that go unfunded, in the topsy-turvy economy in which we currently live.

Up later during the budget meeting sessions, Coroner Nick French presented his 2023 budget to the Council, with bids for a cooler.

Clay County has no morgue, so up until now has used space at the funeral homes for its needs.

However, since Covid 19, that space has become limited.

The Council was left unstirred, as to their emotions, treating it like any other necessary fee.

Council member Jason Thomas commented that it was a “one-time expense.”

The coroner gets about 60 calls a year, so he also requested that they move to a per-case basis for deputies rather than salaried, because certain deputies are more active in handling their cases than others.

Treasurer Debra James had a pretty straight forward budget. James requested $500 more in office supplies allocation. This is because a new officeholder will take her place in the new term and may have extra needs, in assuming the office.

The Highways Department budget was presented by Commissioner Paul Sinders.

Many line item requests remained the same from the 2022 approved budget.

Because fuel costs are decreasing, the Council put their tentative approval amount at $350,000.

The county’s contract for $2.50 gallon gas expires next month, he said, so the next contract will be at a greater expense, even as consumer gas prices are dropping.

Meanwhile, Sinders was pleased with a quote he received for Workman’s Compensation insurance, which will go up by $4,000 next year, not a huge jump, in light of having had one major case last year.

They changed insurance carriers for all other types of insurance, excluding Workman’s Compensation, and there is a projected eight percent increase in costs.

In other line items, costs are increasing due to costs passed on from

The requested amount for tools, for instance, is an increased $7,000.

Stone costs are also exhorbitantly high, according to Sinders.

“I can tell you up front, we need every penny you can give us,” he said, generally, regarding the highways department’s needs.

Some expenses for Highways are unavoidable, due to state mandates.

For instance, they had to spend $17,0000 on road signs required by the state that in his opinion did not meet a great need, Sinders said.

The Council will present the full budget for all departments at the Clay County 2023 Budget public hearing on Monday, Sept. 12, at 5:30 p.m. in the Clay County Commissioner’s Courtroom, located at 609 E National Ave Room 106, Brazil IN 47834. The only item on the agenda will be discussing the binding budget reviews. The final adoption will be held at the regular Council meeting on Oct. 3, at 6 p.m.