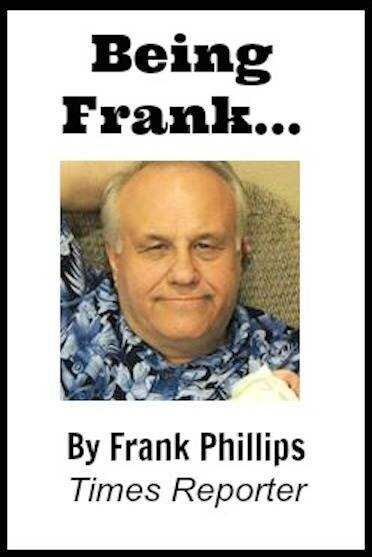 She would like to advise President Trump on healthcare issues from the standpoint of a nurse who works day-by-day in a small community nursing home.

I met Lisa at The Villas of Holly Brook’s open house. She was touring the building with Jeanne Burris, general manager of The Brazil Times, and I tagged along.

The three of us ate lunch together and I learned Lisa was very interested in writing for publication.

She began writing the pieces submitted by Cloverleaf Healthcare in Knightsville for our Senior Selections magazine.

She asked for my input and since I’m never one to say no when someone wants my opinion, I agreed.

Then she joined Rotary and during Special Persons Day at Forest Park she began lecturing me on Medicare issues and national healthcare in general.

Maybe lecturing is too strong a word. She is very passionate about healthcare (as you would expect a nurse to be.)

She asked who I knew in government who could help her change the system.

I gave her the name and phone number of Tim Brown in Crawfordsville. He is a state representative and a physician.

She understood the healthcare change she wants to make is a federal issue, not something state or local elected officials will be able to change. So, I also referred her to U.S. Rep. Larry Bucshon (IN-8), also a physician who has worked on healthcare issues in Congress for years.

She called him Friday!

“I told him I was going to bug him a lot,” Lisa told me via Facebook Messenger.

I told her he said at the Republican Club meeting a few months ago he had not yet made up his mind to run for re-election.

“Well, he needs to run again,” Lisa said. “But he needs a nurse to help him with the law. That be me.”

“I told him I was calling him back and back and I can tell Congress doesn’t really understand the changes they make (in) the laws but I understand how the changes are applied.”

With her passion and experience, I told Lisa she would make a good adviser to Congress.

Lisa told him they need someone like her, not a nurse with a Ph.D. who doesn’t understand the laws.

She would really like to be invited to Washington, D.C., and have a sit down talk with Bucshon and the President.

I asked her not to forget “her favorite reporter” if she is invited to Washington.

She replied, “Of course, Doug, you get the story first.”

How soon they forget the little people.

Frank Phillips is a reporter with The Brazil Times. In a previous life he has been the editor of two newspapers and has reported on political issues since 1971.