Passing on something of value to the next generation brings satisfaction 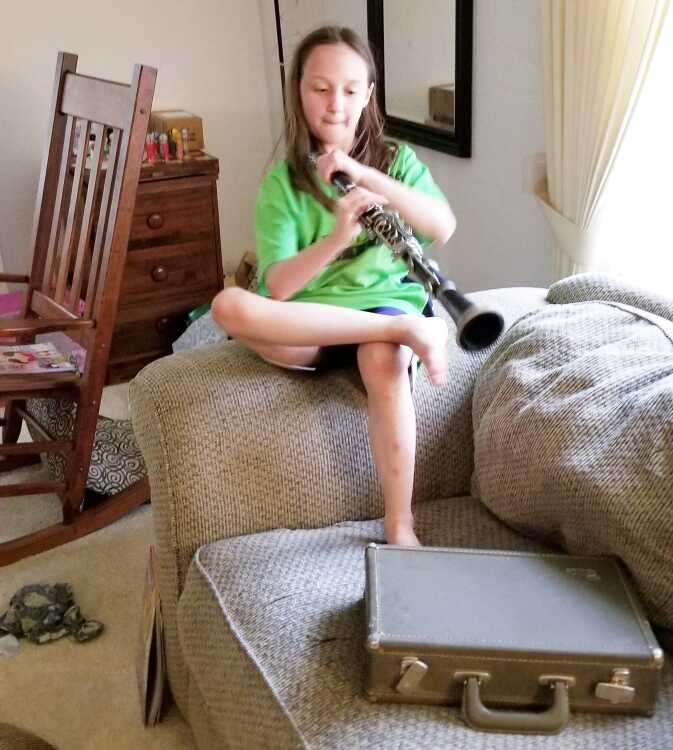 Every once in a while you have one of those days when you find yourself passing on something of value to the next generation.

It happened when I gave my son some old papers my grandfather had given to my mother and she had passed on to me.
It happened a week ago when we were visiting our daughter’s family in South Bend. Earlier, she had called and asked, “Dad, didn’t you play the clarinet?”
Her oldest daughter is going into an elementary school band and wanted to play the B-flat clarinet, too.
My clarinet has been put away in our hall closet for years. Other than getting it out to toot around a couple of times, I hadn’t touched it in years.
It was purchased by my parents more than 50 years ago when I was in the 6th grade.
Confession: I have never really cared about playing a musical instrument. One of my publishers called his editorial staff “word people” and that is true.
But dad loved being in high school band and just knew I would love it, too. He played the saxophone and the violin until he got angry and smashed it over some other kid’s head on the school bus one day.
Dad insisted I have the best clarinet. One made of wood when plastic clarinets were becoming popular. For the money mom and dad paid for the clarinet, I would have much preferred a typewriter or a good reel to reel recorder but those purchases came later when I was earning my own money.
I tried to sell the clarinet on consignment at a music store when I was in college but it sat on a shelf until I claimed it a few years later.
I watched with great joy as Hannah and I opened the green case together and I showed her how to assemble the pieces while I soaked the reed in my mouth and then clamped it on to the mouthpiece.
“Your great-grandpa Phillips would be overjoyed if he could see you,” I told Hannah.
All weekend she repeatedly took the clarinet out of the case and re-assembled it. By the time we left Saturday night she was making more progress than I probably did after a month of lessons.
Amanda said she would take it to someone she knew who would check it out and see if repairs were needed before band starts in the fall.
I told her it cost $300 in 1964.
“So, it’s probably worth repairing,” Amanda said.
“Yes, but if something happens to it, don’t be upset,” I told her. “We just want Hannah to enjoy it.”
The joy of playing music skipped a generation but I have to believe dad will smile big if and when he finds out his great-granddaughter is loving that clarinet that I gave up on after just one year.