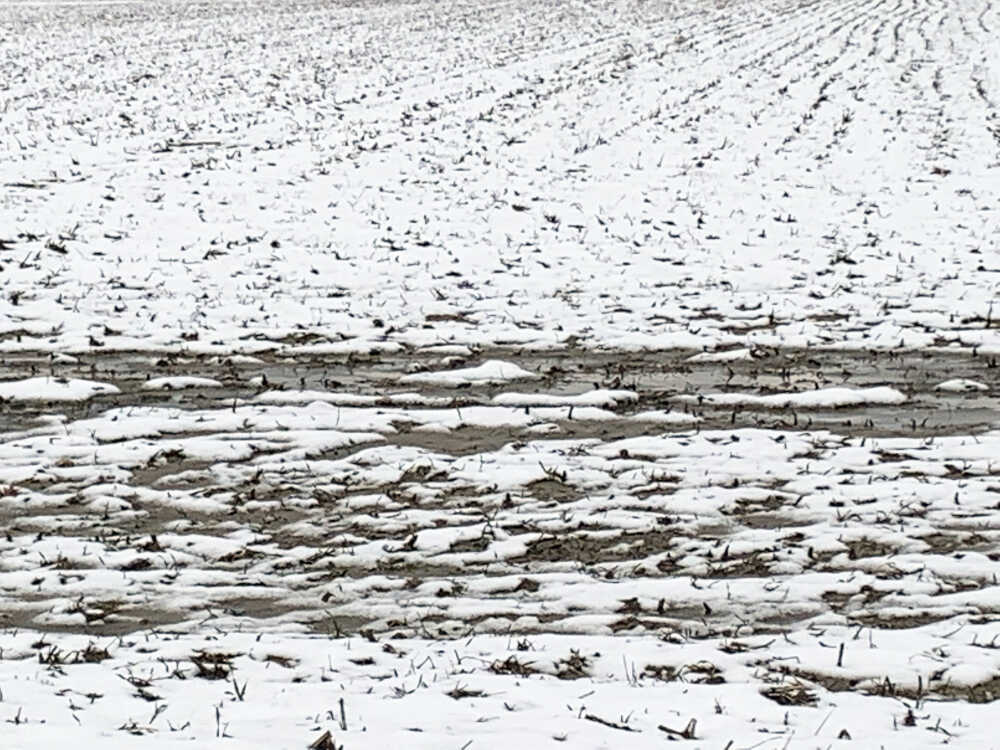 Recent “dustings” of snow like west central Indiana had over the weekend are about all we get any more, reducing the chances for youngsters to play in the snow.

I made a recent post on social media about how I wished we could have a few decent snows this winter.

One of my friends immediately responded, asking if I really wanted to shovel my driveway and get stuck in the road somewhere. Of course not. I wouldn’t mind two or three snows of 4-5 inches for a few reasons. For a selfish one, new snowfall is really pretty. It does get old an annoying after a while, so that’s why I want just a few inches and not a few feet.

The primary reason, though, is that today’s younger generation is really missing out on one of the best things about childhood — playing outside in the snow. For some reason, perhaps the heat created inside out layers of clothing by movement, it never seemed as cold as the temperature said when we were out playing in the snow. In Terre Haute, our best place to go was to the big hill in Deming Park.

Back then, it looked like a gargantuan structure that dwarfed Mount Crumpet of Grinch fame. As I drive by it now, it seems to have shrunk. Perspective matters. We would sail down the big hill on both round saucers and regular sleds, both the plastic horizontal kind and the wooden kind with the steel runners on the side. Success was being able to go fast enough to go over the railroad tracks by Fruitridge Avenue on the west side of the park.

I remember being out of control on my round saucer one time and smacking the big tree on the west side of the hill. I made a distinct effort to go a different direction in the future. Today, though, there isn’t enough snow to do much of anything like that. (I’m sure there are places in Clay County with hills like that, but it seems pretty flat to me. The Deming Park hill in Terre Haute is an anomaly in another relatively flat city.) Assuming that parents could pry kids away from their electronic devices, the youngsters are missing out on one of the most fun parts of childhood for me. I loved school; it was one of the few things I was good at doing. But I never shed a tear when there was a snow day (another thing of the past, it appears).

I firmly believe in global warming, choosing to listen to scientists rather than politicians for my scientific information. And because my wife, a standout science teacher, said it is really “a thing.” Here’s hoping the skies can open up and bring us a few decent snows this year so the kids can enjoy it as much as I did.

More from this blogger · Joey Bennett
Comments
View 2 comments
Note: The nature of the Internet makes it impractical for our staff to review every comment. Please note that those who post comments on this website may do so using a screen name, which may or may not reflect a website user's actual name. Readers should be careful not to assign comments to real people who may have names similar to screen names. Refrain from obscenity in your comments, and to keep discussions civil, don't say anything in a way your grandmother would be ashamed to read.
Respond to this blog