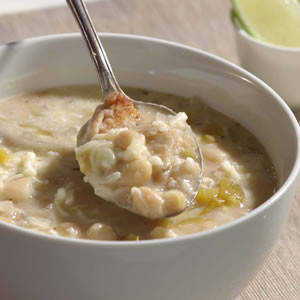 Old Man Winter arrived in Clay County a few weeks ago, and he's been wreaking havoc in some way every since.

I'm going to take a moment and offer my sincerest appreciation to all those men and women who were out in the wintry blast helping others as the winter storm tore through the area.

The Brazil Times is within walking distance of my home, so I wasn't worried about getting home. I recently found out that I "bounce real good" for being 45-years-old. So slip, sliding my way home wasn't that frightening of a thought.

However, listening to the scanner traffic at the office during the first 48 hours and hearing all the slide-offs was. The 911 dispatchers, police officers and emergency response workers were so busy at one point; the buzz from the radio was overwhelming.

Then, to top everything off, the fire at Pilot Travel Center was toned out. I'm not sure if people know it or not, but those fire suits the firefighters wear actually freeze while working with water hoses in the winter.

You might not have heard it amidst the chaos, but Kudos to you all!

My winter storm story isn't as dramatic, but it frustrated the Dickens out of me.

When leaving the warm cozy office, I was greeted with a flat tire.

I tested the "bounce theory" a couple of times while walking back and forth from a gas station to buy Fix-A-Flat, and also discovered one of my tennis shoes had a hole in the bottom.

An hour after the discovery of the flat tire, my frustration level peaked when only one service station in town had a working air pump.

When I got home around 7 p.m., my son asked if it was really cold enough to freeze the look on my face or if I was angry about something. My face hurt from laughing and my heart warmed up, but the rest of me stayed cold.

There wasn't a question about what I was going to fix for dinner.

Nothing warms a person up like a hot bowl of soup, and a hearty bowl of chili is even better.

White Chili, made with chicken and great northern beans, is a delicious recipe variation on a cold weather favorite. What makes this recipe unique, is there are two ways to make it. One for a lazy day at home that allows all the richness of slow cooking and a second hearty yet quick version cooks can serve in a hurry.

For the first version, cook a pound of dry Great Northern beans per the package instructions.

During the last hour of cooking, prepare a pot of your favorite brand of rice and begin cooking the rest of the chili.

Lightly season three chicken breasts with salt and white pepper before browning them in three tablespoons of butter and one tablespoon of extra virgin olive oil in a cast-iron Dutch oven on medium-high heat.

Remove and cut the cooked chicken into 1-inch chunks.

Use the drippings in the bottom of the pan to sauté two finely chopped small onions -- one white and one red -- and a 1/2-cup of finely chopped celery until light brown around the edges.

Then stir in up to a 1/4-cup of fresh, thinly sliced (seeded) green chilies, a tablespoon each of fresh crushed garlic and garlic powder. Add two teaspoons each of ground cumin, oregano, one teaspoon of white pepper and coriander along with three large ladles of the bean broth into the pot. (If there isn't enough bean broth, you can add a 10.5-ounce can of chicken stock.)

Stir until spices are completely mixed.

Return the chicken to the Dutch oven, cover and let simmer on low until the beans are done.

Add the cooked beans to the chili and season to your taste with up to a 1/2-teaspoon of cayenne pepper.

The second quick version of this recipe removes the lengthy time to cook the beans and the chicken for the chili, but maintains the wonderful flavor profiles of the original. You will have to cook your rice. However, there are various styles of packaged ready-made rice at the grocery store to help a cook bring dinner to the table quickly.

Bring to boil, reduce heat to low and simmer for 15-20 minutes until heated through.

Serve both versions of this recipe over rice with a light sprinkle of chopped green onions. I like to add some cheese to, but I think everything tastes better with cheese and butter!

Now, the exciting part of this blog entry: There's another cooking contest at The Brazil Times.

With the arrival of Old Man Winter, nothing beats a hot bowl of hearty chili to help warm a body up.

Whether the chili recipe is an old or new version for firehouse, tangy, sweet or a creative unusual, everyone is encouraged to participate.

"We hope people will dust off those family cookbooks and search for those treasured secret family recipes for the contest," Times General Manager and Relay Team Captain Lynne Llewellyn said. "This should be a lot of fun for everyone involved."

There will be an entry fee of $5 for individuals and/or Relay For Life Teams, with a separate category for business entries at $10. All proceeds from the event will be used to support the local Relay For Life.

An entry consists of at least one gallon of prepared chili and must be delivered to The Brazil Times Office, 100 N. Meridian St., Brazil, between 10-11 a.m. Cooks and the public are invited to watch the official judging, which will begin at 11:15 p.m.

Judges will include local firefighters, public officials and possibly team members of the "Clark Kent Super Group," provided they are not participating in the contest.

Promptly after the judging, leftover "chili shots" will be on sale for .50 cents each until closing or all the chili is gone.

The winner will receive $25, a three-month subscription to The Brazil Times, their picture in the newspaper and bragging rights for making Clay County's Best Chili.

3 chicken breasts (for the home-cooked version) or

2 finely chopped small onions, one white and one red