It's time for a change 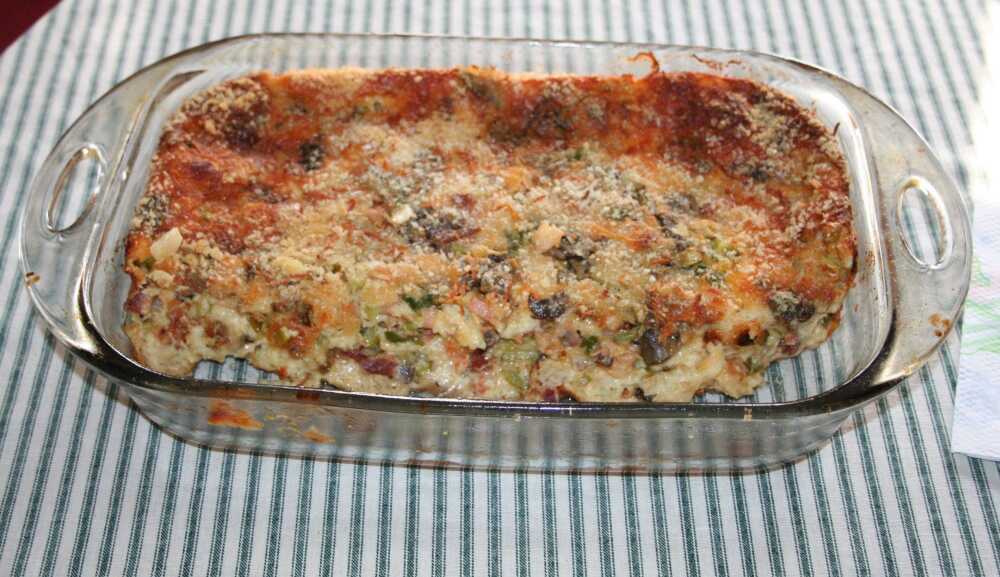 We took a picture of the second Shrimp Puff before it was all ate so readers could see the inside.

As loyal readers know, my life is hectic. There is always some type of chaos going on in my world.

The movie "The Mask," whether you like it or hate it, is one of my favorite goof-ball classics.

Poor Stanley Ipkiss lives in a world beyond his control until an ancient mask falls into his hands. The ancient spirit of Loki, a mischievous shape-shifting Norse god, wreaks havoc in Stanley's life until the soft-spoken, mild-mannered "nice guy" becomes the comic-book hero he always longed to be.

Although he gets the girl in the end, Stanley's ultimate reward is being in control of his chaos.

How I have envied Stanley's good fortune these past few years?

The life of a reporter is weird to say the least. What other profession is there where a short trip to go shopping for groceries turns into five conversations, all work-related, in two hours?

Just last week, I told someone I really had to go before my groceries cooked inside the bags sitting in the shopping cart in the parking lot.

While the discovery of Loki's enchanted mask has eluded me, another opportunity recently wandered into my world that offered a chance to get some control of the chaos, whether financial or otherwise, in my life.

After taking a test and being interviewed, I was offered another job.

Honestly, I didn't expect to be considered. Sometimes, after doing the same thing for a long time, you wonder if you're capable of doing anything else.

Apparently this old dog is not only ready to learn some new tricks; I'm excited about the prospect.

However, faithful readers don't worry. I'm not leaving The Brazil Times completely. Seems management liked the idea of keeping me around part-time.

So, I get to keep my writing career while doing something new and exciting that will not only help return some normalcy to my life (Am I ready for a regular workday? Oh God, yes.), but also help my family.

With this unexpected new opportunity, I decided to take some chances in other aspects of my life as well. This past week, I've searched for new recipe ideas to spice things up in the kitchen. My husband and his brother have also gotten in on the act with searches of their own.

Finally, after looking through approximately 13 cookbooks from various time periods, I stumbled into uncharted culinary territory. A recipe for soufflé caught my attention.

Trust me, I had no clue what a soufflé took to make or even what one tasted like. I do know they are incredibly sensitive creatures that require patience and dedication. They also require no funny business while baking.

The prospect of tackling the recipe made me wonder: Is that even possible in this zoo?

Self-doubt is the killer of many dreams, many opportunities. I refuse to live life that way anymore, but I do know, understand and fully accept my personal limitations.

I looked through numerous recipes to find one that I felt comfortable with.

Finally, "an idiot's version," which really was a "puff recipe" that mimicked a soufflé, was selected.

Was I cheating my new challenge of a culinary adventure? No, I decided that I am admittedly a soufflé novice. How better to learn than to start small and work my way up?

I made my decision, and there is comfort in that process.

However, there were moments during the preparation of the recipe I was understandably concerned if I was doing it right. (If you decide to pick up the gauntlet of tackling this recipe, you will see what I mean.) Everything seemed easy, but I am old enough to realize that simple can often mask the fact things are not going as well as planned.

While the dish rested in the refrigerator before baking, I read the recipe again, evaluating my efforts.

Did I leave anything out or put too much in?

Will it taste good to me, to the willing guinea pigs in my house?

Did I just waste the ingredients purchased special for this recipe, and what about my time?

On cue, I put the dish in the oven. Won't lie, I was tempted to open it and look at the soufflé several times. It was torture. Heck, I'm one of those people who reads the ending of a book to see if I want to take the time to invest in the other pages! (And yes, I know that's not right.) This was the hardest part for me. I want to know if what I'm doing is right. I want to know the end result of my efforts will be good.

But, when dealing with a soufflé or making life decisions, second-guessing could lead to disaster. I'm proud to say, turning on the oven light to watch the soufflé puff up was as close as I came to being a nosey Nelly.

I learned just how patient I can be, when necessary.

An hour later, the soufflé was a golden brown when I took it out of the oven. It didn't fall, which is also a great thing when baking a soufflé, even an idiot's version!

With the first successful attempt of the dish under my belt, it's time for me to relax, have fun and play with the recipe. I'll master this set of skills before I move on to do something else interesting and educational.

I think that is what makes life so interesting, learning and experiencing something new every day.

While I'm heading off to a new adventure in my work career, I hope you take a step in a new direction of your own culinary adventure and try this week's recipe.

16 slices of bread, white with crusts cut off

16-ounce bag of your choice flavor of cheese

Lime juice, a splash only

Salt and pepper to taste

Melt 3 teaspoons of butter in pot, add green onions, shallots, garlic and celery to butter. After vegetables cook for three minutes, add shrimp, ham and the splash of lime juice to the butter. Remove from heat to cool after shrimp starts to turn slightly pink. (It is not necessary to cook all the way through because the dish will be baked later.)

Drain off the juices from the shrimp; melt remaining butter in same pot with the saved juice (Let mixture reduce while cooking on medium heat until approximately 1/3 cup is left).

Meanwhile, lightly spray a casserole dish. Layer a portion of the shrimp mix in bottom of dish before tearing bread into pieces and layering on top. Place a layer of shredded cheese on top, with a sprinkle of bacon bits. Repeat layers until all of the shrimp/ham mixture, bread, cheese and bacon is gone.

Pour the remaining butter mixture over the layers evenly.

Whisk the eggs with the flour, Tabasco, Worcestershire, garlic-pepper salt, mustard and salt and pepper (to taste) before pouring over the layers.

Cover the dish and refrigerate for at least 4 hours or over night before baking in a 350-degree oven for 45-50 minutes.

*Do not open the oven during baking. Puff will jiggle with a light-brown crust on top that will slightly deflate as it cools.

Remove from oven and let sit for 5 minutes before serving.

NOTE: I prefer to put the bread in the casserole dish first and then continue with the layers. Fresh mushrooms can be added to this recipe. I also like to use some of the vegetables fresh in the recipe, not precook them. This provides a different texture to the casserole when completed.

ALSO: I have used wheat bread in this recipe with excellent results. It changes the texture of the dish and adds more flavor.

More from this blogger · Ivy Jacobs
Comments
View 4 comments
Note: The nature of the Internet makes it impractical for our staff to review every comment. Please note that those who post comments on this website may do so using a screen name, which may or may not reflect a website user's actual name. Readers should be careful not to assign comments to real people who may have names similar to screen names. Refrain from obscenity in your comments, and to keep discussions civil, don't say anything in a way your grandmother would be ashamed to read.
Respond to this blog