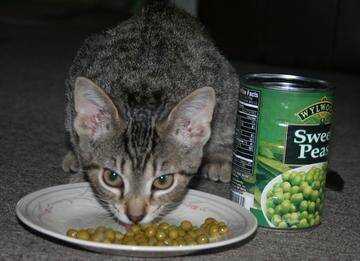 This is St. Ignatious, AKA Iggy. As soon as I take a picture of Soxie, I'll post it for her debut.

While out covering a local event for my job the other day, an older man approached me.

"I'm glad to see you back at the paper," he said with a smile. "I used to read your blogs on the internet all the time. Hope your family is well, but I really want to know how little Iggy is doing."

Iggy is this wonderful little ball of fur that showed up at our home in the summer of 2008 after I vehemently told everyone in the house I did not want another cat. Within a few weeks span three of our beloved cats disappeared from our home.

Our demoness Onyx, an orange and white lovable and appropriately named feline "Mooch," and my own beloved giant "Tink" were probably taken from us, because they had been outside many times and never left. They would go out to listen to the sounds and enjoy rolling in grass and come right back inside.

Our cat friendly home became a lonely place although the chaos of teenagers made sure it remained noisy.

I wasn't ready for another pet. I was still looking everywhere for my Tink, hoping I could find him.

Honestly, even though its eight years later, I still look for him to this day.

When my daughter drug home that willowy little kitten with the biggest eyes and longest legs you've ever seen, he was ultimately named "St. Ignatius." We called him "Iggy" for short.

Strange name for a cat you might think, but we had our reasons.

See, one afternoon, while my teenagers battling over whose turn it was to use the computer, a feline saint was born. That patient little ball of fur stopped a teenage civil war going on in the living room of my house.

Iggy got his name because no matter what was going on, the little psychologist worked his magic to calm down the situation.

Our little saint had a few quirks, one of which was the love of peas. We found out about it when we accidentally dropped a few after opening a can of them for dinner one night. He would even steal them off of unattended dinner plates.

I wrote a story about Iggy for a column in The Brazil Times and again for one of these blogs including one of my grandmother's recipes in 2009.

There was a big hole in my heart after losing my Tinker, but Iggy stepped into those shoes with a sort of respect. Instead of just leaping into my lap like Tink always knew he could, Iggy waited to be invited.

I don't remember exactly when it occurred, but a while later I know he disappeared too.

We think he got out onto our back porch, fell asleep inside a box and when some stuff was taken out of the house, he may have went with it.

While there are pets at our house, none of them have been mine. It hurts too much to get attached, at least I thought so until recently.

See, there's this scruffy mutt of a dog named "Soxie" roaming around the house. She looks like a 50/50 bar with grey and black fur and little white tuffs coming out of her ears. She has really long legs and toenails that clickety-clack through the house, and anytime there is something shiny or a light hits just right on the floor she will chase it with complete abandon while yipping and yapping.

Soxie is best friends with Booga and I seem to be on that list too.

Soxie lays at my feet every night and wakes me with a paw on my arm in the morning.

I'm trying not to get too close, because I still have my guard up. I look for Tink and Iggy, and call their names when I see similar looking abandoned cats in hope that one day . . .

For now though, there's this mutt named Soxie - and you just can't fight cute.