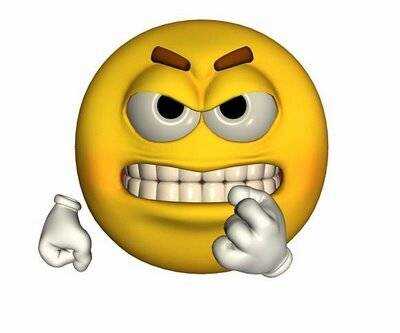 WARNING: Reader beware, I recently witnessed and easily overheard about eight incidents that ticked me off, however the following are four of the worst events:

“I said NO! Geez, why do you always have to tell me what to do. Anyway, your coat is horrible looking, I wouldn’t wear that if it were snowing outside.”

2:17 p.m. Friday, February 17, 2017: Walking through a parking lot this exchange between two people took place locally: “Do you think you could park any closer?”

“There’s plenty of room for you to get out.”

“I meant closer to the building. I hate walking.”

“Well I’m trying to be healthier and this is an easy way to get a few more steps in during the day.”

“Why would you do that? Or make me do that? You’re so fat, nothing is going to help you anyway. I’m not fat, why should I get punished? You’re so selfish.”

3:18 p.m. Friday, February 17, 2017: Someone forcing traffic to stop for them as they crossed the road illegally, proudly extended their middle finger at me (waiting on them to cross the road) and shouted in a way that not only questioned my parentage but if I were a female dog in heat!

No wonder the world is mad. So much crass behavior in a three-hour period was too much for me. Won’t lie, if I could have done it without repercussions, I’d have smacked all of them — Hard!

Has society become so unhappy and overwhelmed, filled with so much pessimism, self-pity and loathing that they blame their problems and disappointments on any and every available scapegoat?

With so many people thinking “My life is crap, so yours should be crap, too,” there’s no doubt about it that society as a whole is meaner than ever before and it’s only getting worse.

All we have to do is look at the news, politics, reality television, comedic humor and entertainment in general to find enough indication that shows how society’s attitudes are hardening, that people are growing more contemptuous and derisive of other humans.

However, these events didn’t take place between adults, which if they did wouldn’t make them any easier to witness from afar.

I’d still have been mad, but adults are just that — adults who should know better than to treat each other like that in public, or in private.

This is emotional abuse, plain and simple. Cruelty at its worst and not a redeeming or favorable quality in adults.

But these verbal exchanges I described were taking place between an adult and an underage child.

The oldest, the pudgy sloth too inconsiderate to look up from their cellphone, was probably 15 or 16, the shivering male fashionista — wearing a tank top, shorts and flip flops — was maybe 13, while the youngest, the mouthy one at the gas station, was probably 8 or 9 years old and the “young lady” crossing the road was painted up too much for me to know how old she was. These were not darling little rascals; they were being freakish little monsters.

Granted their cruelty is probably not original. Children have a tendency to repeat what they hear and mimic their behaviors from adults. And right now, we adults are acting like sanctimonious bullies, steam-rolling over anyone or anything that frustrates us or didn’t turn out the way we think it should have while treating each other with vile contempt.

Don’t agree? That’s fine, but turn on the nightly news for about 10 minutes and really watch and listen to what is going on around us.

There’s hate in the wind people, full on, unadulterated, contemptuous hatred. It’s just not a race, religion or political thing — this is basic. This is human against human. Bullies gone wild, and our children are learning and emulating it.

A child learning to hate is also being taught to be a negative person throughout their lifetime. What kind of world will the future be if filled with hatred? A dystopia, that’s the word we all need to learn. And guess what, it’s not anyone’s fault but our own.

Can we all get along? Apparently not.