Is society really going to honor 9/11? 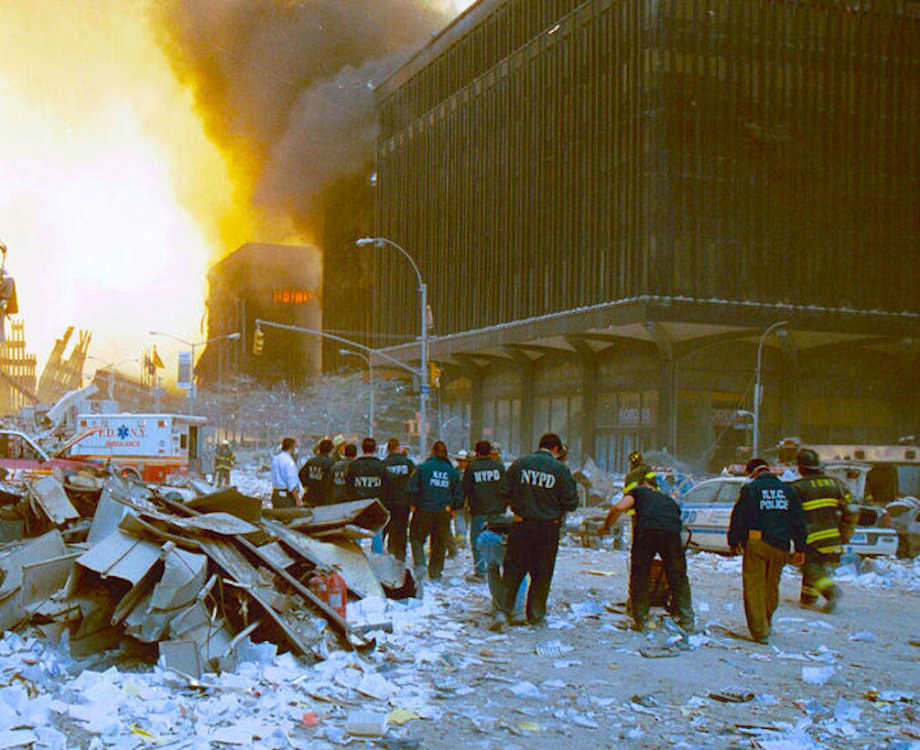 (i)“The true legacy of 9/11 cannot be found among political leaders of the day, but in the citizen soldiers and public safety personnel who answered that day with courage and selflessness...”
— Mike Pence, Vice President fo the United States of America

A lot has happened in the past 17 years as life continued marching forward.
However, there is one rigid memory in my mind: The morning of Tuesday, September 11, 2001.
It was undeniably the most tragic thing I ever witnessed, watching terrorists coordinate and implement four horrific suicide attacks on American soil in the safety of my own home. The knowledge that I lived in Brazil, Indiana, wasn’t enough to take the fear from my mind or that of my children.
Everyone was scared, and rightfully so.
It was like we, our society, lived in one great big community, and we were all under attack. We were unified that day by the tragedy, becoming one community as we struggled to rise up together.
For weeks I was among all the other overwhelmed and frightened citizens of all ages glued to the tragedy unfolding on our television sets. The intense horror of 2,996 lives lost in the matter of a few hours was beyond reasoning, understanding, and forgiveness for many.
Reeling from the cataclysmic events, society rediscovered its long-lost heroes as stories surfaced about heroic efforts of the first responders put forth and the sacrifice many gave as they answered the “call of duty” to save lives and find loved ones lost in the wreckage.
To honor the memory of that day, an unofficial and somber holiday has been implemented: “Patriot Day” is considered a National Day of Service and Remembrance with many communities across the country taking the time to remember the victims who died as well as the service provided to us by first responders and military personnel.
Contrary to what many people believe, “9/11” hasn’t become a federally recognized holiday of any kind, and probably won’t be any time in the foreseeable future.
Why? Fast forward to 2018 and it won’t take long for a person to realize the potential reasons a future holiday that might support and thank first responders for their sacrifice to serve our communities would fail.
First, for whatever reasons, it seems Americans just can’t get along with each other anymore.
It is very disheartening the level of apathy and a general contempt and lack of consideration for others by the American public. Often it feels like it’s easier to place blame on and crucify others then it is to step up and take personal responsibility for what goes wrong in our lives.
When was the last time you heard someone take the time to say “thank you” for a simple thing like holding a door open or providing good service? The good old days of using manners like “please” and “thank you” are almost gone.
Second, there is a lack of respect for authority in our country, which trickles down to those who wear a uniform.
Why does society wait until a police officer or firefighter dies in the line of duty to show the rightful respect for the uniform and to those who choose to wear it and protect our communities every single day?
Society has a mob mentality that takes over sometimes and is unrelentingly eager to persecute others deemed unworthy of attention because of human frailty and error. However, John Q. and Jane Q. Citizen is usually not like that when left on their own.
Individuals, those who dare to have their own minds, usually aren’t so critical of others. Maybe it’s because they realize their own faults and don’t want to risk the chance anyone else finds out they can make mistakes, too. I’d like to think they use their hearts instead of relying on society’s mob rule.
Did society put such a high expectation on our new heroes that, when problems arose that proved they were actually human, we ultimately turned on them?
I think that’s part of the problem. En mass, emotional, angry or disappointed about something, all it takes is to point out even the simplest of flaws in character to whip the group into a delirious frenzy and the dog-piling to begin.
All those years ago, the idea of living in a small town wasn’t enough to comfort me when 9/11 happened. Yet, today, I am proud to live in my hometown.
Brazil is part of America, and the community is proud of that connection. Local citizens attend various functions and celebrations that honor the many local veterans who served their country.
Have you ever gone to a fish fry or ice cream social fundraising event for a local volunteer fire department? It’s often hard to find a seat.
Many families with their children in our community flock to attend National Night Out and meet first responders.
Our local citizens often help law enforcement agencies fight crime by reporting tips and talking to officers about problems.
Are we a perfect community? No, there are many problems we need to resolve, but this community rallies together to help when someone is in trouble.
Our small-town community will proudly support local first responders and recognize “9/11” in various ways on Tuesday, September 11, 2018. I hope you have the time to attend at least one scheduled event.
Or, better yet, why not take a moment to say “thank you for your service” to a firefighter, emergency medical technician, 911 dispatcher, K9 officer or a police officer. Due to the nature of their jobs, the danger involved in their “call of duty,” it might be the last words they ever hear someone say.