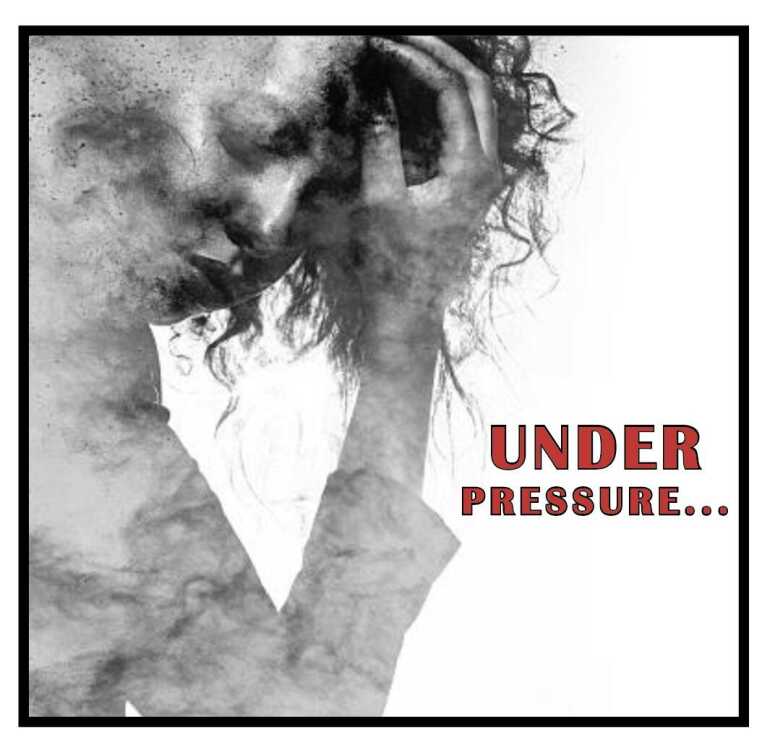 In recent weeks I have had a lot of people stop me and say:

“I read your story.”

I am always a little nervous when people stop to talk about a story. It’s always my first assumption; I did something wrong.

“It was great, and a great song too.”

They were talking about my last column, “Hello Darkness,” featuring Disturbed’s cover of Simon & Garfunkel’s classic “The Sound of Silence.”

Nice to hear compliments and that someone possibly shared it with another person. All writers hope their time is well spent.

“You should do the song ‘Under Pressure,’ cause that describes my life.”

Yes, I am familiar with that song.

When I first heard rock’s immortals Freddie Mercury and David Bowie’s collaboration on “Under Pressure” in 1981, time seemed to freeze for four minutes as the radio played the song.

I was 17 and genuinely amazed by it. I won’t lie; I was too young actually to care about what the words meant at the time. Hearing Freddie scat singing and Bowie’s passionate crooning was mesmerizing enough.

In 1991, Vanilla Ice came out with “Ice Ice Baby,” with the iconic baseline from Queen. While that song was OK, it always made me want to hear the original.

When Freddie died later in November, this fan had a hard time hearing him scat. At that time, he was the one musician I would time travel back in time to see in concert.

When Bowie succumbed to liver cancer in January 2016, the song was a hard listen for me once again.

Said it before, and I will repeat it: I believe we all have an inner jukebox filled with songs that connect to our emotions, our past. Music has a way of doing that to a person, taking you instantly back to the essential moments of your life.

It seems that humanity has reached an apparent low point, and I’m not sure we can recoup and get better.

Spirited conversations or debates are not possible anymore.

The most significant debate is “facemasks,” vaccinations, and COVID-19 in general.

I agree to disagree. I don’t care which side of the furious issue you stand. I do what I do because of my health, my family, and my friends. I won’t argue with anyone about it — no reason for that.

But the world is “Under Pressure,” and it’s creating more every minute of every day.

The song echoed in my mind a few days ago. (APOLOGIES, but this is how my mind works sometimes...)

A person who has been - shall we say - very vocal against these issues divulged a secret:

“Don’t tell anyone, especially my family, but I got vaccinated last week.”

“Pressure: pushing down on me,

Pressing down on you, no man ask for.

Under pressure that burns a building down,”

I didn’t respond right away because - well - we all are allowed to gain more knowledge that will enable us to change our minds.

“Splits a family in two,

“Aren’t you going to ask why?”

I shook my head and explained my theory, giving them support.

“That’s the terror of knowing

What this world is about.”

“I’ve been scared since this all started two years ago. But my family doesn’t believe the government. Honestly, I didn’t want them yelling at me like I’ve seen happen to others.”

They admitted to yelling at people along with family members.

“We go to church, and I just can’t put those things together anymore. That isn’t being a Christian, right?”

“Turned away from it all like a blind man.

Sat on a fence, but it doesn’t work.

Keep coming up with love, but it’s so slashed and torn.”

Honestly, what do you say at that point, in that situation?

I could have figuratively slapped them down, but then I would be part of the same problem. I told this person, who lives in another state, to pray for guidance. I am not worthy of giving any in such a terrible situation, but I am always a shoulder to lean on when needed.

The pressure that person feels has to be enormous.

I have conversed with those who are “ANTI” whatever and listened to their point of view. Not always, but when I try to talk or explain something, they get louder and louder, the tone darkens, and they just keep talking about what they believe. What they want?

Listening is out the window, along with respect.

“Pressure on people, people on streets.

Turned away from it all like a blind man.

Sat on a fence, but it doesn’t work.

Keep coming up with love, but it’s so slashed and torn.”

It seems that he who yells loudest wins the day.

Can’t we give ourselves one more chance?”

The disrespect is everywhere:

School board meetings are nationally turning into fights.

People are throwing their food back in the drive-thru window because they didn’t get enough ice in a drink.

I know people who have been poked in the back and told, “You better get right with Jesus; that mask is the mark of the devil...”

Road rage incidents, domestic abuse are on the rise, along with mental health issues and people snapping over little things and becoming belligerent or violent.

Windshields on cars have been smashed; guns flashed at people during arguments.

“’Cause love’s such an old-fashioned word,

And love dares you to care for the people on the edge of the night,

And love dares you to change our way of caring about ourselves.”

When I was 17, the words didn’t really matter to me,

“This is our last dance.

Here we are 40 years later, and the words mean more than I realized.

Oh, the wisdom and genius of Freddie and David, “Day-Oh.” 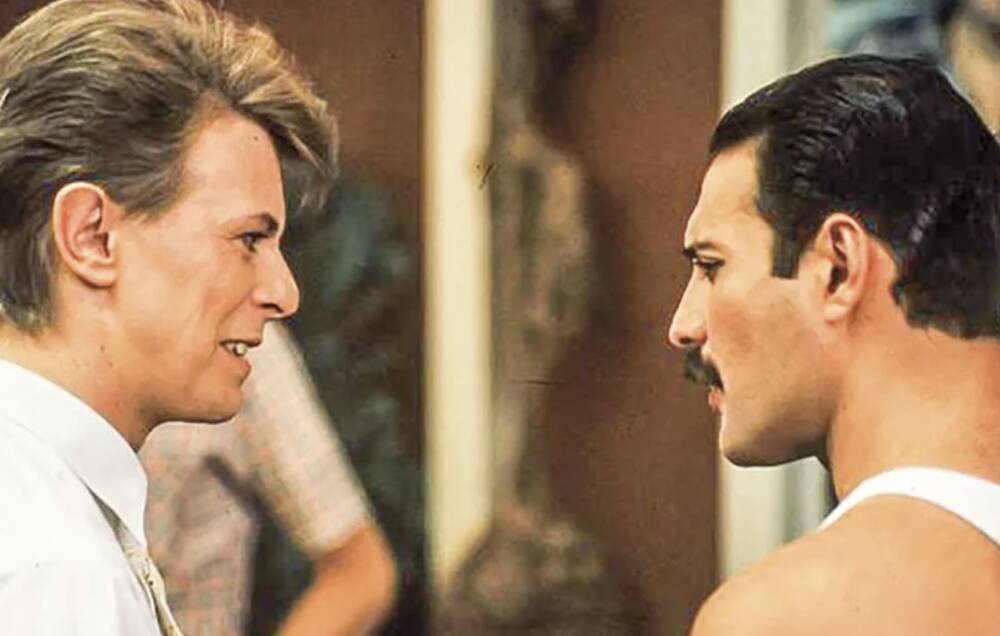 COURTESY IMAGE - David Bowie and Freddie Mercury (my favorite picture of the two) hung out one day, and decided to create a little ditty that wasn’t supposed to be anything interesting. However, it went on to become one of the greatest songs ever, and maybe a bit prophetic in the dawn of the COVID-19 pandemic.