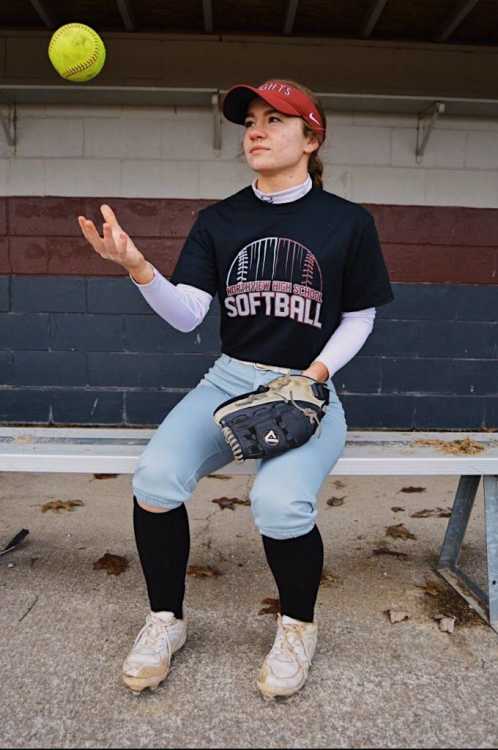 Years participating in the sport: 4 years of high school, 14 total

Future plans: I plan to major in Psychology at IUPUI, get married, and adopt lots of dogs.

What you love most about your team: I love my team’s energy and love for the game.

Coach Kathy Vossmer on White: Oh, Dani. As you have read… Dani is a young lady of little words. However, Dani makes up for her soft voice and little words in her work ethic during practice. No one works harder than Dani White. She is selfless and puts the needs of her team above that of her own. Dani has been a role player for our varsity the last couple years, primarily as a runner and occasionally making appearances at 2B, 3B, or the outfield. However, unknown to Dani until this article, she had proven herself as defender and was going to see more time at 3B this season. She was the first one to be put under “Pressure!!” at practice, and catch 5 hard grounders in a row as all of her teammates looked on, wondering if they would have to run. They didn’t. Dani dominated.