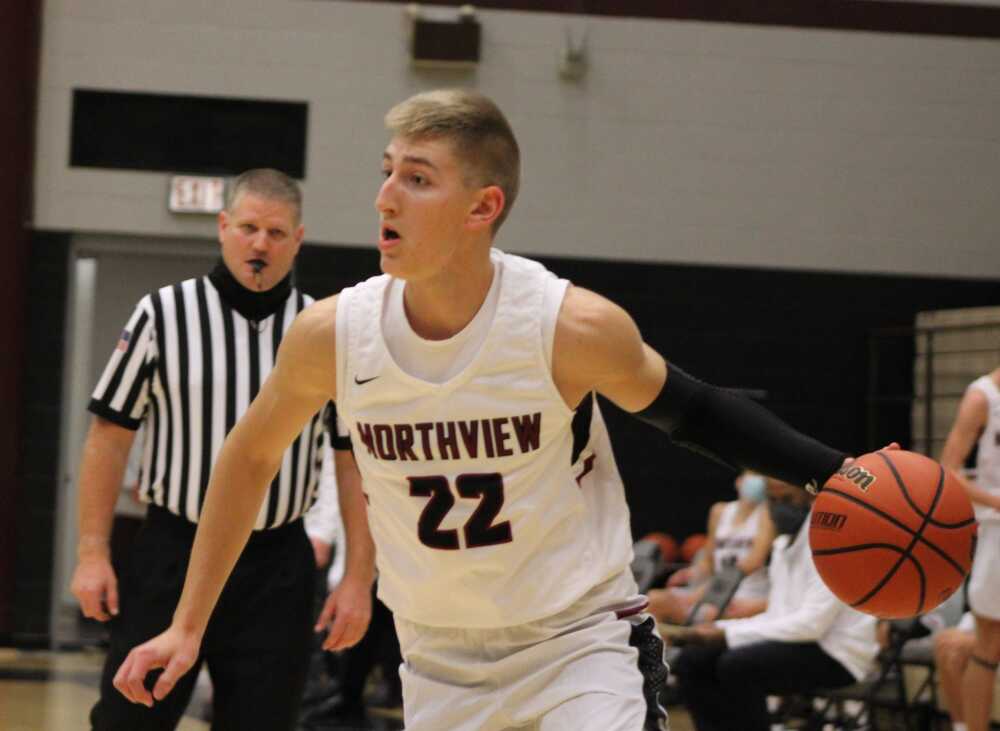 The senior scored 19 points on the night to lead the Knights past the Patriots.

And during the third quarter, Swearingen etched his name into the Northview High School history books.

Swearingen curled around a screen set by Jacob Fowler and received a pass at the right elbow from Drew Cook.

He took one dribble, shot faked and then faded away off his left foot while releasing the ball.

It swished through the net, sending his teammates into complete jubilation on the bench.

Swearingen, alongside his parents, Todd and Natalie, was presented with the game ball at the conclusion of the night.