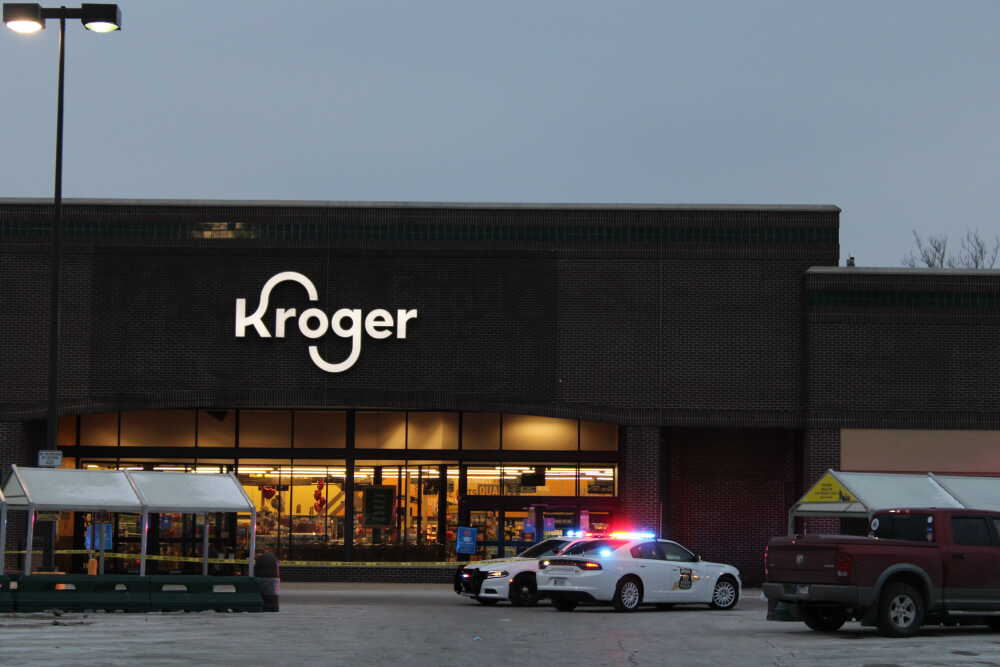 IVY JACOBS PHOTO - The Brazil Police Department is investigating a bomb threat at Kroger. This is the second bomb threat in the area, with the first one at Walmart on January 28, 2021.

Brazil Police Chief Clint McQueen understands the public's natural curiosity and desire to know what is happening but urges people to stay away from 100 Forest Park Plaza.

"It's not potentially worth putting your safety into harm's way to see what is happening," McQueen said about the heavy traffic of numerous motorists driving through the parking lot. "It is a bomb threat, and our department is working on making sure that everyone is safe and the scene is secured."

The building was safely evacuated shortly after 6 p.m.

The Indiana State Police bomb squad unit was contacted, and officers are on the scene initiating a plan of action, much like the one used when a bomb threat was issued to Walmart at the end of January.

Shortly before 7 p.m., law enforcement confirmed nothing suspicious was located during a search of the building.

McQueen said the investigation is ongoing, and it will be up to store management if and when the store reopens later tonight or tomorrow. Law enforcement is aware that the situation is already posted on social media.

"We are confirming this is a bomb threat," said McQueen about being transparent about the situation. "However, there is no reason to put your life at risk and take it upon yourself and come down to get a first-hand account. Because at that point, you're creating more of a problem."

The Brazil Times will update this story when official information is made available.